Pair of French 19th century Cast Iron Windows with original paint and their original glass. Remains of lovely blue\green paint - just waiting for someone to build a studio, attic or a garden shed around them.....!
This pair of windows have their makers name on them - 'Freteval' - date of manufacture Circa 1890

The Freteval Foundry. Iron has been mined in this area of France since the 12th century and in 1530 the Monks of Marmoutier build a furnace there.  Since then it has been owned by an illustrious line of French aristocrats and most recently in 1975 by the Group Chenesseau d'Orleans. 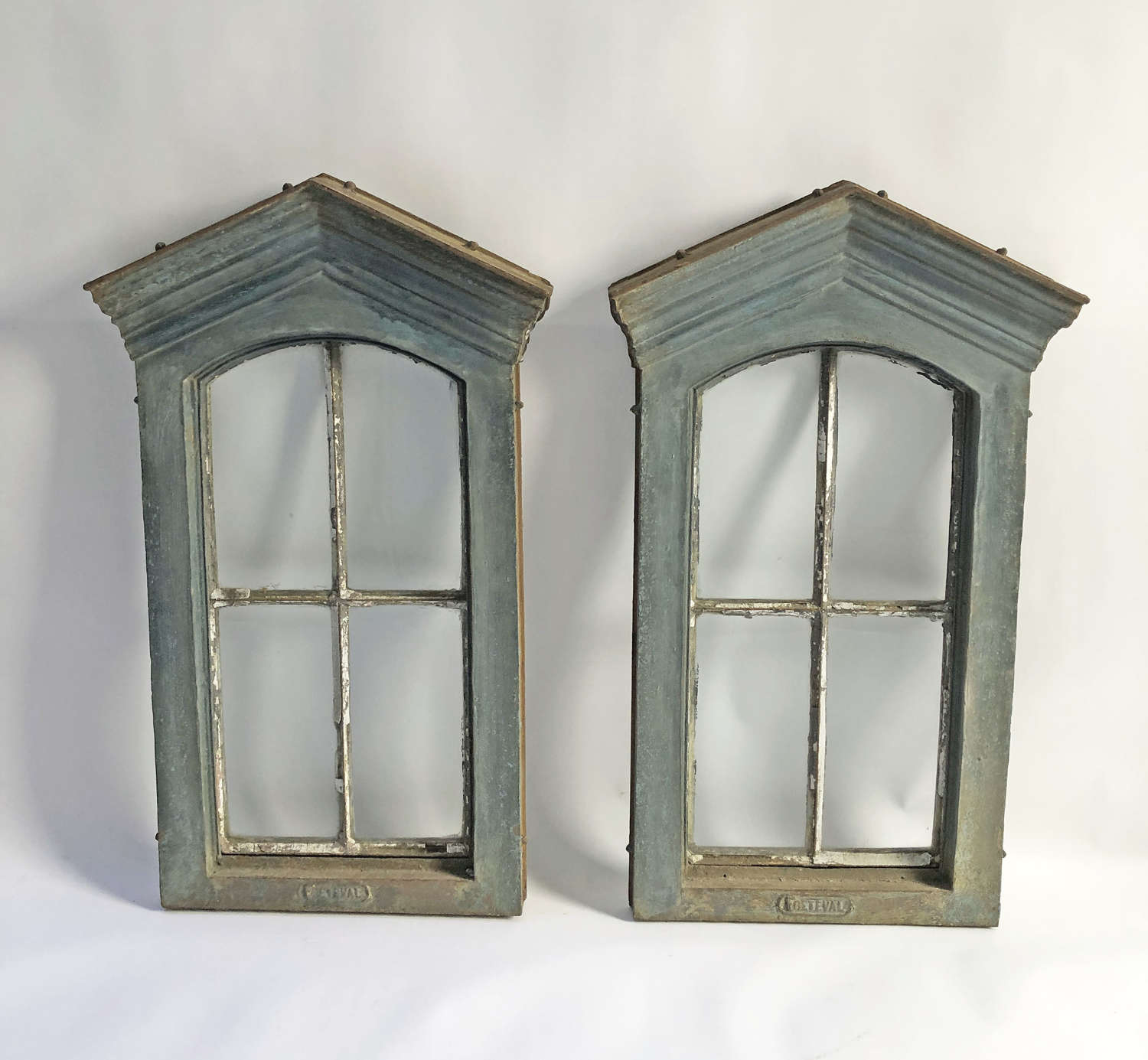 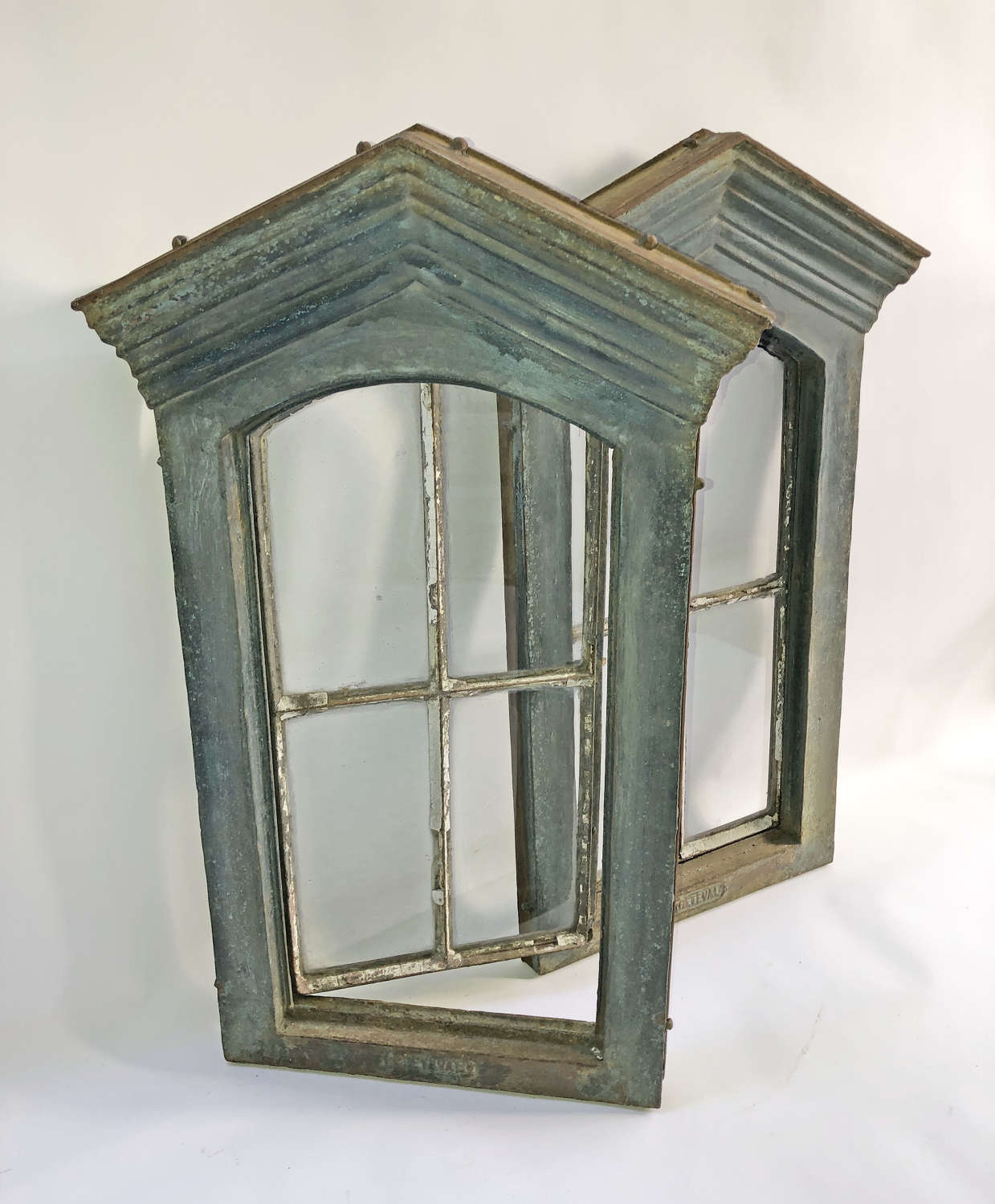 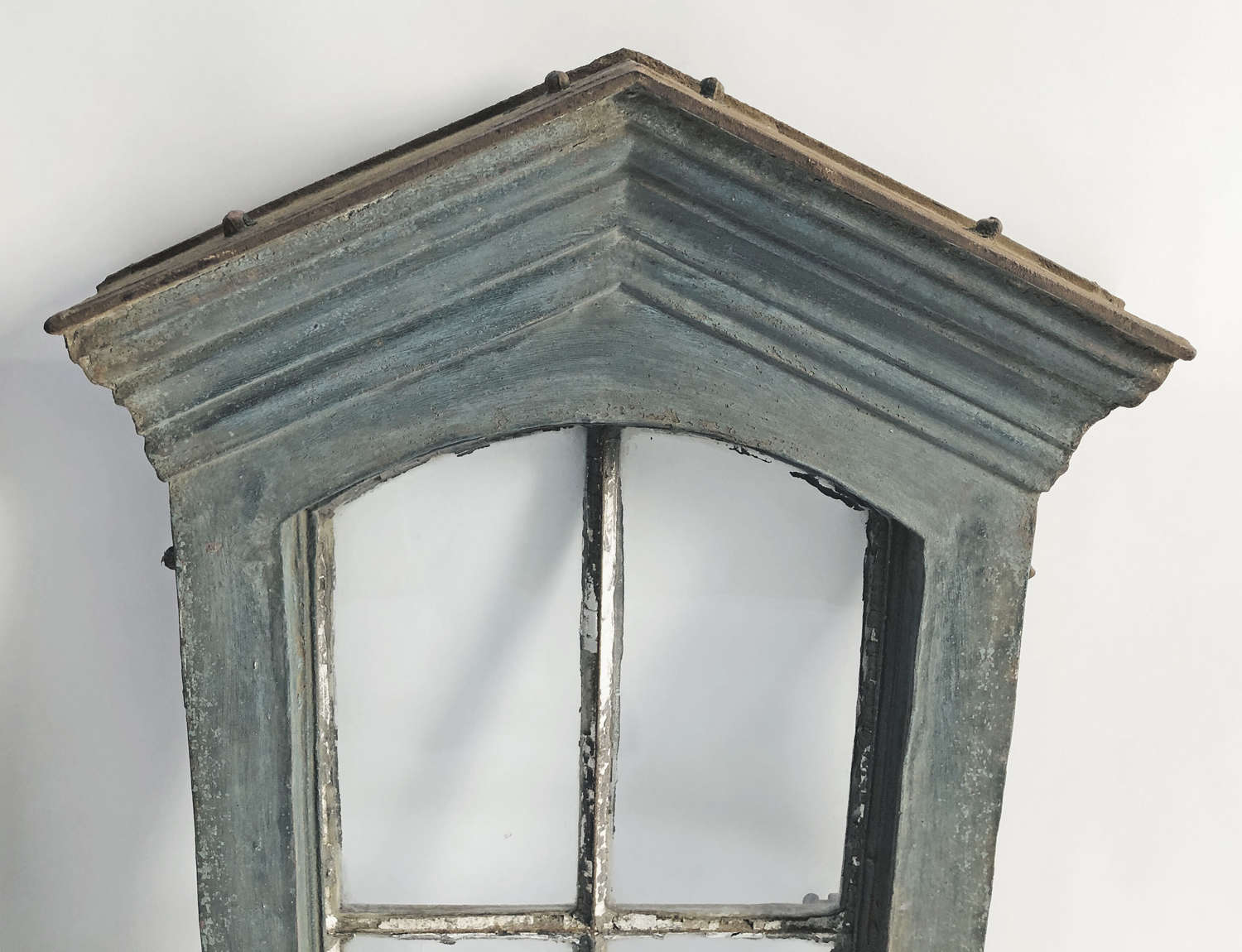 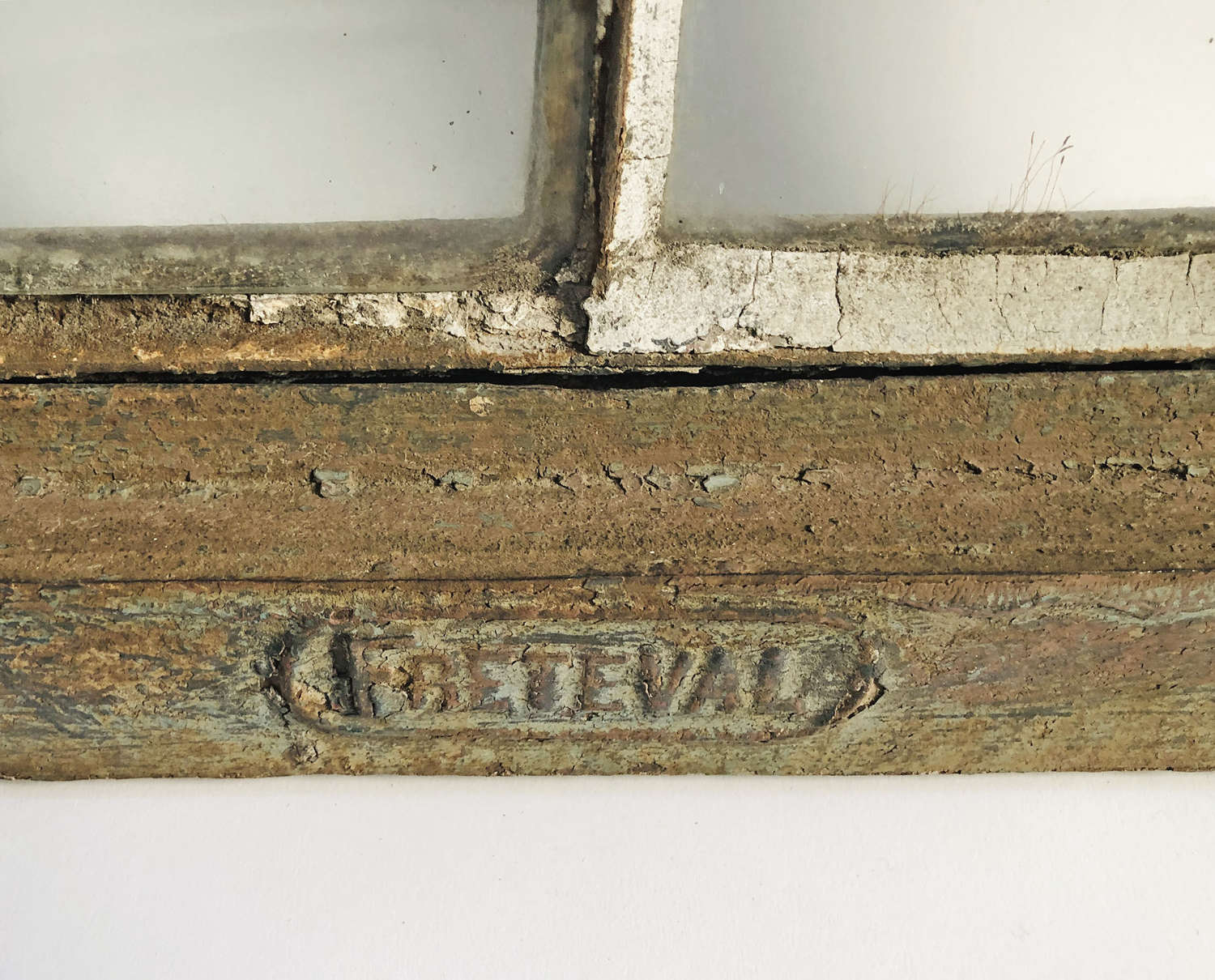 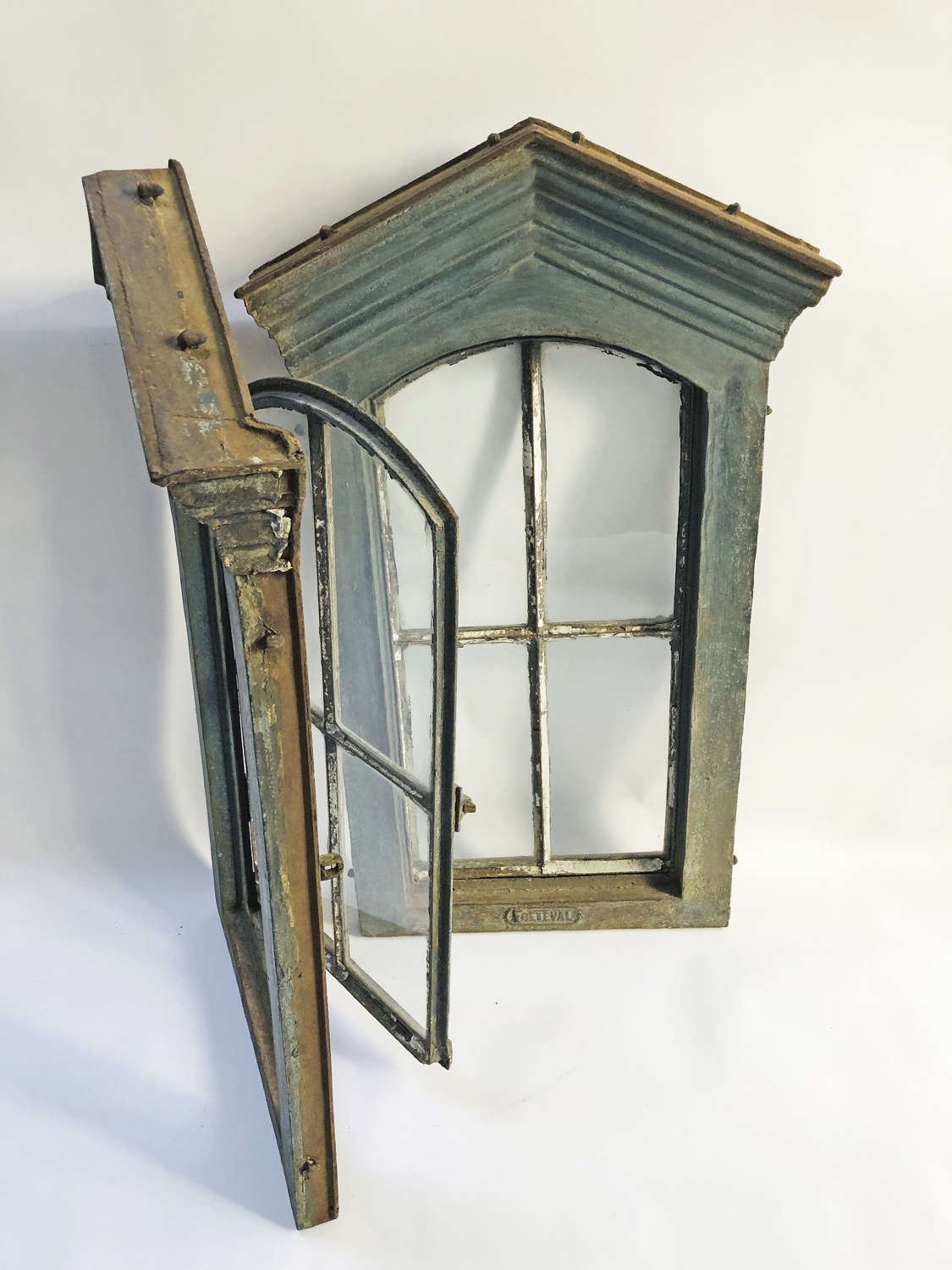