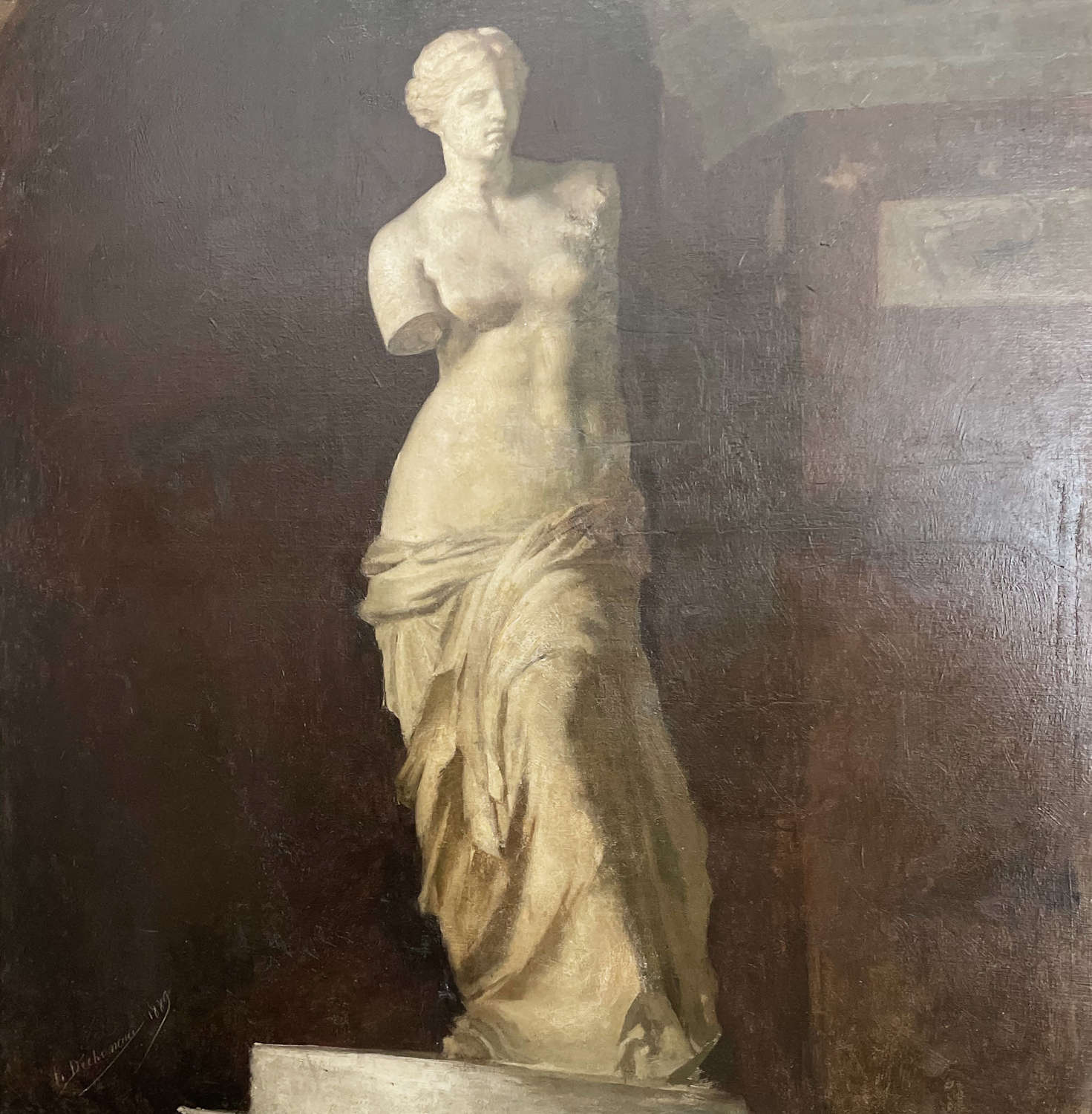 A large 19th century framed portrait of the Venus De Milo dated and signed 'Adolphe Déchenaud'.  He was a well known and respected Artist throughout his life (1868 - 1926) and after many accolades became a professor at the Academie des Beaux-Arts . Oil on Canvas 1889.

Life of Adolphe Dechenaud
He was the son of a Parisian restaurateur, born while his mother was visiting her parents in Neuilly-sur-Seine. He was a French painter who specialized in Biblical/historical scenes ...His mother remained there for two years before bringing him back to Paris. At the age of fifteen, having noticed his artistic talent, his father enrolled him at the Académie Julian, where he studied with Jules Joseph Lefebvre, Gustave Boulanger and Jean-Joseph Benjamin-Constant.
In 1885, he competed for entry to the École des Beaux-arts, but was obliged to perform military service in 1886. After a year with the 13th Infantry Regiment in Nevers, he returned to the Académie.  He achieved second-place in the Prix de Rome competition in 1891 for his depiction of Philemon and Baucis. Three years later, he shared the Grand Prize with Auguste Leroux for his version of Judith beheading Holofernes. That same year, he went to the Villa Médicis and remained there until 1898.
During this time, he painted the portraits of several of his fellow residents who would later become well-known, including André Devambez, François-Léon Sicard and Emmanuel Pontremoli. His first exhibition at the Salon was in 1899. He only received an honorable mention, but this was followed by medals in 1900 and 1901. At the Salon of 1913, he received the Medal of Honor. He also became a teacher at the Académie.   In 1914, at the beginning of World War I, he produced one of his most familiar paintings; Le comité des forges (the Foundry Committee), a tableau of the twenty-five most powerful French industrialists. After the war, he was elected to succeed Raphaël Collin in Seat#11 at the Académie des Beaux-Arts. Upon his death, he was succeeded by Lucien Simon. He is interred in a mausoleum in Nanton, which he had made his second home.
Venus de Milo - Measuring:  101 cm x 80cm (canvas size) 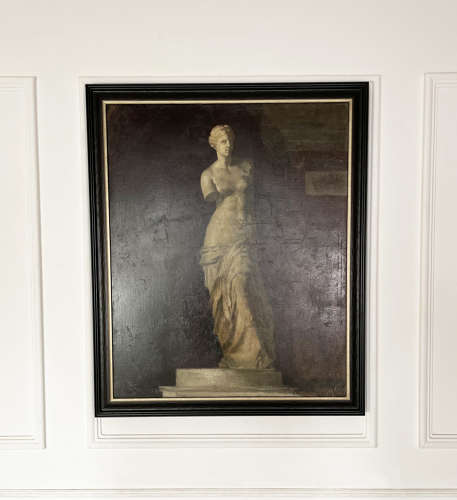 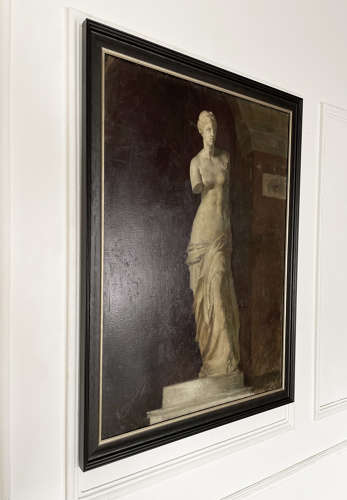 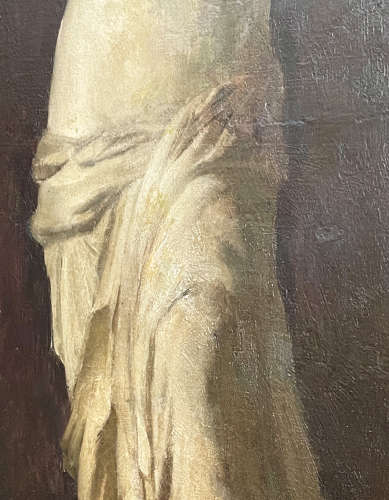 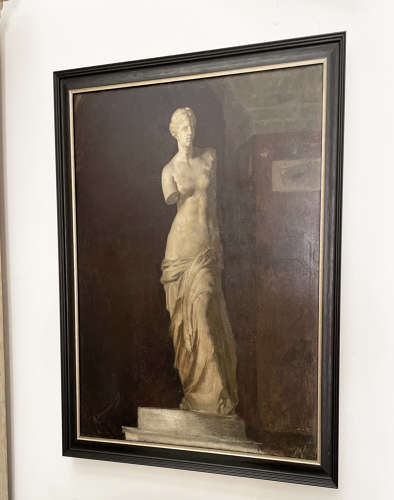